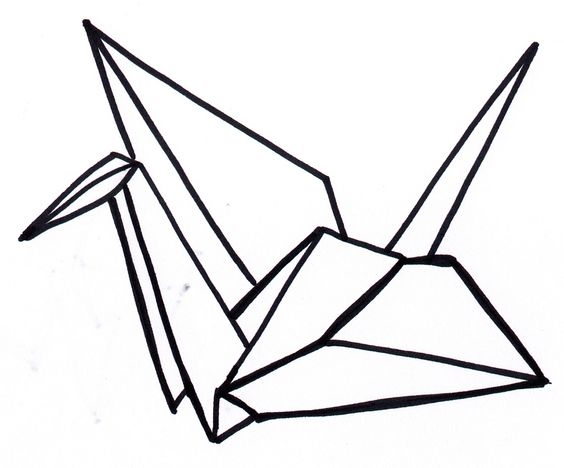 Eviva choir’s jubilee concert at the end of this week, Da Pacem Domine, centres on the theme of war, peace and freedom, and the visual effect will be heightened by a display of paper cranes.

Sadako Sasaki was just two years old when her home town, Hiroshima, was annihilated by an American atom bomb on 6 August 1943.  She developed leukaemia ten years later and after her diagnosis, started to fold origami paper cranes.  According to an old Japanese legend, anyone who folded one thousand paper cranes could have a wish granted.  Despite her wish to survive, Sadako sadly succumbed to the illness and died on 25 October 1955 at the age of twelve.   However her legacy has lived on in her paper cranes which have come to symbolise the innocent victims of warfare, especially on World Peace Day, 6 August.  The cranes have been recreated in the statue of Sadako at the Children’s Peace Monument in Hiroshima.  About ten million paper cranes are now sent to the monument every year from all over the world and can be seen in huge colourful displays around the statue itself.  Seattle’s Peace Park in the US also boasts a life-sized bronze sculpture of Sadako and her cranes.

The cranes on the stage at the concert on Saturday are intended to evoke peace both 100 years after Finland became independent and in these current uncertain times.  The medium of paper also recalls the paperless, the victims of war, who have fled their war-torn countries in the hope of a new life; and the bird, present in many of the concert’s songs, has always been an expressive and moving symbol for mankind of freedom and the innocence of nature.

On this, our fifteenth anniversary we are displaying fifteen peace cranes as a gesture of our wish for peace.  Eviva choir sings Da Pacem Domine on Saturday 4th March at kl 17 at Helsingfors Konservatorium, Gräsviken.